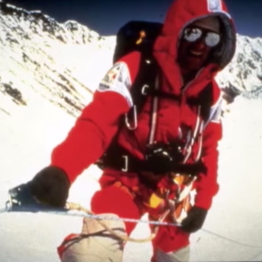 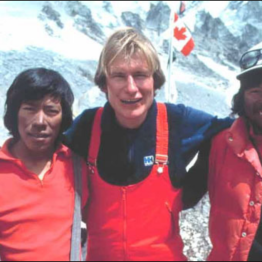 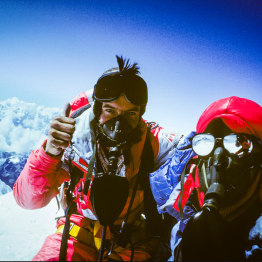 I know that if I want to keep going higher, to see the ground I’ve come from in a better light, with a better view, I’ve got to let go of things in the past and go for new things.

On October 5th 1982, Laurie Skreslet became the first Canadian to summit Mount Everest, the world’s highest mountain.  He and his team had spent over five years planning and raised more than $3M to make the attempt possible. They had overcome the horror of four team members’ deaths in the infamous Khumbu Icefall. Laurie personally had to recover from three cracked ribs incurred in a fall early in the climb. Despite these and countless other adversities he had accomplished mountaineering’s ultimate achievement – and made history in the process.

When Laurie returned home to Canada the demand to hear his account of this dramatic story was overwhelming. It immediately became clear that the story of Everest held many close parallels to the challenges that individuals and businesses were facing every day. 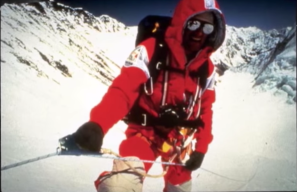 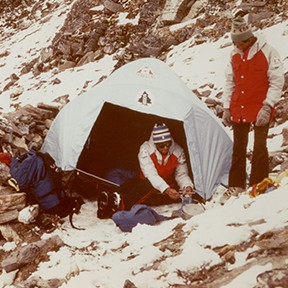 In a sense, we all have mountains to climb. They may not be true mountains but in striving to reach them their importance can make them Everests in their own right. In his presentation, Laurie focuses on the principles of achievement which enabled him to reach his Everest goals and which can be applied by anyone trying to achieve difficult goals of their own.

During Laurie’s presentation your organization will learn:

Laurie’s high energy presentation will immediately get the attention of your audience, and keep it. Using expertise gained from over 45 years mountaineering, he has given over 2000 presentations to corporate and professional groups.  Laurie educates, entertains, and motivates while imparting the wisdom gained from a lifetime of adventure. Most importantly your audience will leave with a better understanding of what it takes to reach the summits in their own personal and professional lives.

For further information about Laurie’s presentations or about booking Laurie for a speaking engagement: